What to Expect from MWC Barcelona This Year 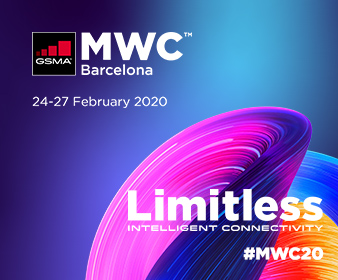 Mobile World Congress, the world’s biggest mobile industry event, is almost upon us. The 2020 edition of the giant trade show lands in the usual place, Barcelona, on Monday 24th February, although this time around it is being hosted in newer, bigger premises – the Fira Gran Via.

The relocation to a glittering modern exhibition centre is a reflection of just how big the exhibition has grown in recent years. Industry insiders from across the mobile ecosystem, from device manufacturers to retailers, network operators to software and app developers, often spend most of the previous 12 months looking forward to the showcase event, eagerly anticipating a chance to get a glimpse at the latest technologies, discuss the hottest trends, and of course show off their own wares.

This year will be no different. One of the traditions that has grown up around MWC Barcelona over the years is big name manufacturers using it as a launchpad for their latest phones. That has made MWC Barcelona an even bigger draw for everybody wanting to get a first look at the newest devices right at the moment they hit the market.

So what can we expect to be unveiled at this years MWC Barcelona? Here’s the lowdown on the hottest new gadgets in town from some of the biggest name vendors.

Sony is a stalwart of MWC product launches, and last year went some way to stealing the show with the unveiling of a brand new flagship smartphone range, the Xperia. Based on how successful that was, it is hotly anticipated that a follow up to the Xperia 1 will follow at MWC 2020. While no one is sure what the new device might be called as yet, it is rumoured to be one of the first smartphones to carry the latest Qualcomm Snapdragon 865 processor.

Mobile industry veterans Nokia are another brand that like a good MWC product launch, and this year the smart money is on the Finnish firm unveiling an affordable 5G handset in Barcelona, tentatively known as the Nokia 8.2. Alternatively, the company could follow up on the launch of its photography-focused Nokia 9 PureView at MWC 2019 with a sequel model, although the latest rumours suggest this could be delayed until later in 2020 so it can accommodate use of the Snapdragon 865 chip.

LG treated us to two new smartphones at MWC 2019, and it is entirely possible that it could follow up in the same vein this year. It has been widely rumoured that a new iteration of the flagship G range is imminent, which logic would dictate might be known as the G9. Early spec leaks have unveiled a quad-lens camera and an in-screen fingerprint scanner. Similarly, a new version of LG’s V range is also about due, not least because the V50 felt like it was a little rushed for the sake of offering early 5G support, with little innovation in design or features besides.

Finally, with Huawei’s continued problems around its 5G network ambitions and its falling out with Google, Chinese rival Xiaomi is expected to make a big push into western markets this year and could well use MWC 2020 as a launchpad. The Xiaomi Mi 10 is expected to be unveiled in China ahead of the Barcelona event, and could then get an official international launch at MWC. The Mi 10 is expected to be very competitively priced in the mid-range of the market, but with some premium features including a highly impressive 108MP quad camera arrangement in the Pro version (64MP in the standard model). Xiaomi also appears to be in a race with Sony to make the Mi 10 the first smartphone to hit the market packing the Snapdragon 865 chipset.

We’ll be exhibiting in Hall 2, stand number 2D20.  Appointments to meet with both our trade sales, and purchasing teams are going fast, if you’re attending MWC and want to meet with our team, contact us HERE.

For all the latest news on MWC 2020 and to buy a pass for the four-day event, visit the official website here.