Samsung S10: What Do We Think? 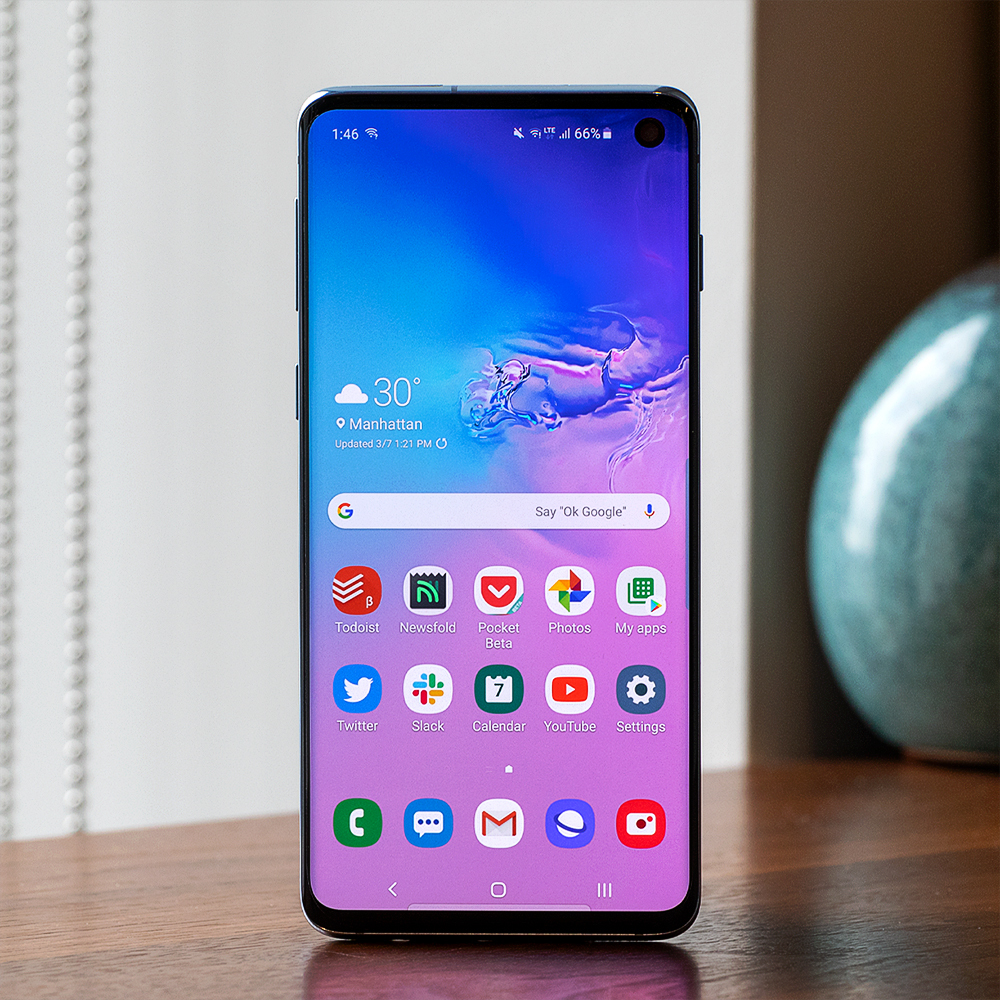 Back in April 2009, Samsung launched the Galaxy, the South Korean telecoms and electronics giant’s first full foray into the smartphone market. A good two years behind Apple and the launch of the iPhone, Samsung faced an uphill battle convincing the world that its product could match the premium performance and game-changing capabilities of the lauded Apple innovation.

Ten years on, with a costly defeat in a patent feud with its bitter rival behind it, Samsung has done what back then seemed impossible – it has knocked Apple off its perch to become the world’s biggest smartphone vendor. With a business model built on providing more choice than Apple with a range of different devices at different price points, and buoyed by the flexibility of the Android operating system, Samsung has now become synonymous with smartphones in the popular imagination.

Sticking to its tried and tested new release regime, Samsung has marked the tenth anniversary of its foray into the smartphone world with the launch of the Galaxy S10 – the tenth annual reiteration of its premium flagship brand. Marking such a significant milestone, there is an understandable buzz around the release, an expectation that Samsung is going to capture 10 triumphant years of smartphone progress in one stunning, watershed release.

But does it live up to such hype?

Paying a premium for novelty?

First things first, the S10 looks every inch the modern smartphone, the 6.1 inch AMOLED Infinity touchscreen taking up the whole of the front panel. To achieve this, Samsung has done away with its old bezel screen mount approach and adopted what has become known as the ‘hole punch’ design– giving it a welcome point of difference from the ‘notch’ full screen pioneered on the iPhone X. Its ultra-slim profile adds to the fact that it fits comfortably into hand and pocket, noticeably more compact than many other premium top-end models available on the market.

The screen itself offers fabulous resolution, with stunning performance for streaming video and excellent automatic contrast adjustment so you can still see everything clearly in bright sunlight. The camera – or, more accurately, the three cameras on the back and one on the front – are equally impressive in terms of resolution and clarity, with a 12 megapixel main lens, 12 megapixel zoom and an ultra-wide 16 megapixel option providing excellent flexibility for taking quality photographs in a range of situations. Despite a wide aperture range, however, don’t expect the low light performance of the Galaxy Pixel 3.

What about innovative new features? This is where the S10 is a slight disappointment, although it may just be an indication that all smartphone manufacturers have reached a plateau in terms of how innovative they can be with each release. The Galaxy S10 keeps on trend with a fingerprint scanner for access protection, pioneering a new ultrasound technique that is meant to be more accurate than the normal optical scanners, especially if your hands are cold or wet. It also includes a clever wireless PowerShare feature that lets you charge other phones or Bluetooth headphones from the handset itself.

Overall, the S10 is undoubtedly a high quality device that will hold its own against any other smartphone released in 2019. But like the iPhone X, its sky-high price tag – starting at £799 in the UK – is not really backed up by any wow-factor new innovations. Yes, its 8GB RAM delivers ultra-fast, no-lag performance for virtually every standard use you can put a smartphone too. Yes, its screen looks fantastic and the triple camera delivers flexibility and quality.

It’s a great phone, no question, and Samsung would argue you are paying for premium quality. But if you consider that you can pick up a pre-owned S8 or S9 for half the RRP or less, you have to start to ask whether you are really paying for performance or just for the novelty of a new device.