What Can We Expect from the Microsoft Surface Phone?

Microsoft hasn’t had the best luck when launching smartphones in the past. But in 2018, it may leverage the popular Surfacename to launch a new handset to finally rival big players at the top end of the market. 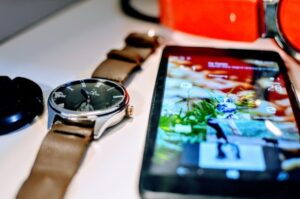 We don’t yet know when the phone will be released, and specifications are still under wraps. But going by the initial leaks and gossip, the Surface Phone could be an important release in 2018.

Why Get Excited About the Surface Phone?

Microsoft’s Surface range is so far limited to desktop and tablet computers, the latter offering a hybrid laptop experience. The Surface Studio desktop is a high-end PC that offers a premium design, a convertible tablet/ desktop form factor, and an innovative dial peripheral that can be placed directly on the screen.

For Microsoft, these advancements mark a shift away from copying others, and towards creating something very distinct.

Microsoft have reduced investment in the Windows Phone operating system due to a lack of users — which resulted in a lack of interest in developing apps. So we’re excited to see what it can do with a phone that runs Windows 10 instead.

We’re expecting to see three different Surface Phones in the range. It seems as though Microsoft will opt for metal casing for its phones, rather than copying Apple’s move towards glass.

All three phones in the range are said to have the same 5.7” screen size, so it seems likely that we’ll see different specifications; a budget model, a medium spec model, and a premium model. All of the phones are rumored to have a six-lens camera on the back.

Some of the mock-ups online show the Surface Phone with a detachable keyboard. For Microsoft, that would be an obvious — but unconfirmed — addition. No other manufacturer has come up with a good keyboard since the old days of the BlackBerry, and a phone that’s easy to type on could be a killer feature for people who don’t like typing on screen.

In some reports, it’s even been suggested that the Surface Phone will fold in half, much like the old PDA organisers of the 1990s.

Should You Buy the Surface Phone?

The Surface Phone is likely to be a premium device, like the Surface Book and Studio. If you really want a Windows 10 phone for business or compatibility reasons, this will be the handset of the year — and in that respect, it’s worth holding out.

Assuming the phone will run Windows 10, we should see very a much better app store than we have in the past. So if your phone needs replacing now, we’d recommend buying a used mobile phone to bridge the gap until more details emerge.

If you aren’t too fussy about the operating system, there are a range of used mobile phones that will do the job well; many of the latest Apple handsets are now available used and refurbished, and Samsung has historically released solid Android phones. We’re also expecting Windows Phone to survive in some form, probably via the Lumia line, and plenty of used mobile phones still run Windows Phone very well.