Face ID vs Fingerprint; Which is more secure? 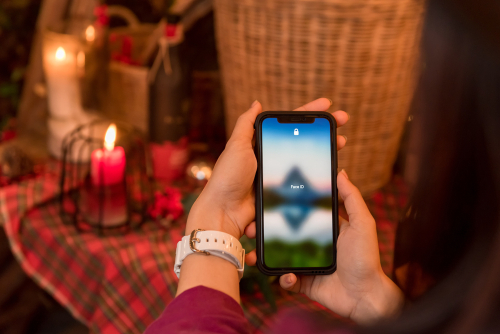 When Apple first revealed the iPhone X, there was one glaring omission: the Home button. In order to maximise the screen space, Apple decided that the only important button on the iPhone wasn’t actually that important after all.

This was a surprising move, in some ways, because Apple has never been a company to take risks. And removing the Home button was always bound to be controversial, particularly because it’s the fingerprint sensor. Could a used iPhone 7 or iPhone 8 actually be a better option than a new iPhone X?

Touch ID works pretty well on the iPhones that have it. We sometimes prefer the fingerprint sensor to be on the back of a phone, like it is on the Pixel XL, but Apple’s decision to incorporate it into the Home button was still logical.

It’s also secure. The button itself is a capacitive sensor made from sapphire crystal, and it incorporates technology called Secure Enclave. When you put your finger onto the button, it’s capable of mapping your fingerprint, and the location of your pores. It continually learns from fingerprints and, in theory, can get better at recognising your fingerprint over time.

Touch ID works really well with clean, dry hands. If you wear gloves a lot, or your hands are moist (perhaps after a run), it can fail. So that makes facial recognition sound attractive. But there are issues.

Security researchers mostly agree that Face ID is less secure than a fingerprint. That’s partly because it maps your facial features, and often, facial features are not unique. There are plenty of stories about family members being about to unlock iPhone Xs that don’t belong to them– even if they have different coloured eyes and hair.

It also took hackers less than a week to claim they’d managed to break through Face ID’s security. They used a 3D-printed copy of someone’s face, with stuck-on paper eyes, to do it. Your average robber won’t go to these kinds of lengths, but it does show that — in theory — a determined person, or organisation, could unlock an iPhone X that wasn’t theirs.

It all comes down to the age-old problem of security vs convenience. The iPhone X is much easier to unlock. Just look at it and (most of the time) it’s done for you.

The iPhone 8, and other older iPhones with Touch ID, are a little less convenient to unlock. But often, that inconvenience is what makes a device secure.

To a degree, your choice of the iPhone 8 or the iPhone X will be down to personal preference, as well as how security-conscious you are. But if you want the better option in terms of securing your phone, we’d recommend you buy a used iPhone with a fingerprint sensor, rather than splashing out a huge amount of money on a new iPhone X.

Phoenix Cellular sells a huge range of used mobile phones wholesale, including the iPhone 7, iPhone 8, and iPhone X. If you’re budget-conscious, but you want the latest security features, we can advise you on the latest prices for different gradings.